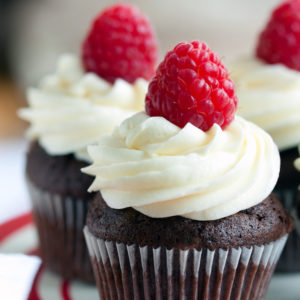 Carbohydrate intolerance simply means that carbohydrates, (sugars and starches in the diet), are not tolerated as well by the body as they should be. The complex part is figuring out why this is the case and to what extent they are affecting your health and your lifestyle.

If left untreated, carbohydrate intolerance, can result in many varied symptoms including: hypertension, hyperinsulinemia, polycystic ovaries, breast cancer, high blood cholesterol, pain and inflammation, Type II diabetes (“adult-onset”), obesity, stroke, and coronary heart disease. This is because all these problems are related to something called insulin resistance, which first starts as carbohydrate intolerance.

Insulin resistance is a process in which the body is inefficient at managing sugars and starches you have eaten in your diet. When you eat a carbohydrate, such as a piece of bread or something sweet like ice cream, your body releases insulin from your pancreas to process that sugar. Without insulin, you would not be able to assimilate this sugar, called glucose, from your blood stream into your liver and muscles. With insulin resistance, your body makes too much insulin for the amount of carbohydrate consumed. This extra insulin is what causes so many of the listed problems, both functional problems (those which precede pathological), as well as pathological problems (those with tissue alterations). Initially, the extra insulin often ends up processing sugar too rapidly and blood glucose levels are driven too low. This is called hypoglycemia or low blood sugar. This adds stress to the body and causes the production of other hormones (especially adrenal gland hormones like cortisol), which increase blood sugar levels. As carbohydrate intolerance gets worse, more and more insulin is needed to process a small amount of sugar. The insulin eventually becomes ineffective at driving the sugar into the cells where the nourishment is needed. The cells have become resistant to the insulin. Many people notice feeling weak after eating or tired after eating carbs when they have insulin resistance issues.

As carbohydrate intolerance is developing, the extra stress on the hormonal system, particularly to the adrenal glands, overworks these organs. This results in a complex pattern of symptoms that differ from person to person.

Before you know how to adjust your lifestyle so carbohydrate intolerance is not a problem, you need to find out how sensitive, if at all, you are to carbohydrates. One very effective method of finding the optimal level of carbohydrates you can handle is to do what is called The Two-Week Test.

The Two-Week Test (TWT) was originally developed by Dr. Phil Maffetone – NOT Dr. Atkins or the doc who uses a very “similar” diet in his “South Beach Diet.” Many doctors and dietary advisers have “used” Maffetone’s dietary idea over the years but his original concept is still the best. The TWT is only a test as the name states. Therefore, at the end of the two weeks, it is not advised to continue the diet further without alterations unless your physician advises you to do so. I actually like to think of this as a Four-Week Test. The reason is because the first two weeks will assess your carbohydrate intolerance and the second two weeks will assess your tolerance to certain carbs as you re-introduce them back into the diet. I’ve seen many people over the years screw up the test after the first two weeks. They go back to eating the way they originally were and never learned what carbohydrates they could tolerate and to what degree. So think FOUR WEEKS! The test will help you decide if you really have a carbohydrate intolerance, and if you do, it will help you find the right level of carbohydrate intake for you.Writing down all your symptoms before you start the Two-Week Test (TWT) is recommended. This will give you a reference point to see how your symptoms have changed, if at all. Many people forget the severity of their problems after they no longer have them. You may also want to record your weight and any body fat measurements, as applicable.

AVOID:
During the TWT you will want to avoid the following:

EAT:
Eat as much of the following foods during the TWT as you like, continuing to stay away from any food you may be allergic to.

* THERE ARE A LOT OF COMMENTS ON THIS PAGE AND I NO LONGER RESPOND TO EVERY ONE. MOST LIKELY YOUR QUESTION HAS BEEN ANSWERED BELOW. PLEASE READ THROUGH THEM TO LEARN MORE AND TO SEE IF YOUR QUESTION HAS BEEN ANSWERED. IF YOU’RE WONDERING IF YOU CAN EAT A CERTAIN FOOD OR NOT SIMPLY LOOK AT WHAT IS IN THE FOOD. IF THERE IS ANY SUGAR OR CARBOHYDRATE ADDED THEN YOU CAN’T EAT IT. IF IT’S A NATURAL FOOD THEN YOU CAN EAT IT IF IT’S A VEGETABLE, FAT, OR PROTEIN. IT’S ONLY FOR TWO WEEKS SO IF YOU’RE NOT SURE THEN DO NOT EAT IT AND YOU CAN ADD IT BACK IN DURING WEEK THREE.