Home / Natural Fitness / The Health of Football and Its Unhealthy Players 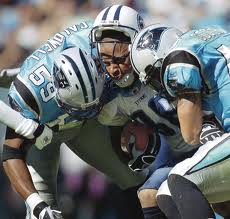 With the Super Bowl well underway, many may wonder the health of the NFL, especially in regards to the health of the players. Talks concerning extending the season will most likely shorten the player’s careers as it increases their risk of injury and overall wear and tear on their bodies. Currently, the average NFL player is only around for 3.5 seasons. Not much left in those guys after they put their bodies through collision after collision, day after day.

Head injuries in football players, as well as with other futbol (soccer) players, have been in all the headlines over the past several years. Initially the focus was on the “Second Impact” health implications of head injuries (concussions). Then many researchers realized that the constant micro-impacts sustained dozens of times each and every day in practice is also causing brain trauma as well as nervous system impairment. Recently even more evidence has shown the link between head trauma and ALS – also known as Lou Gehrig’s disease. A great number of athletes in the football arena here in the US and those playing futbol in Europe have suddenly developed ALS. Scientists have linked a toxic protein leaking into the spinal cord with deceased football and soccer athletes who had ALS. Interestingly, Lou Gehrig, who played professional baseball from the mid 1920s until the late 1930s, was reported to have at least six major incidents of head trauma. Once his cranium was so swollen his batting helmet wouldn’t fit. He, of course, was the first ALS patient to be diagnosed, and he died at age 37. It was interesting to hear Troy Aikman, (Dallas Cowboys QB from 1989-2000), say recently on Real Sports with Bryant Gumbel that he would have major hesitations about letting his son (if he had one) play football. He, along with others, sees the only way head traumas will stop is if helmets are removed or at least the face mask.

It is said that 60% of all professional football players will end up divorced, broke, and homeless within just a few years after they leave the NFL. Some of those problems come from poor financial management, but many come from the health consequences they suffer during their years playing in the NFL and must live with after. Health insurance and treatment for their pain, emotional well being, and overall health eats up much of ex-pro’s money. These guys are in constant pain, and they are often just put through the system once their career is over, just like any other person.

Additionally, the actual body weight issue of NFL players has also caught many health care professional’s attention. They’re a lot bigger than they used to be. 80% of the linemen in this year’s Super Bowl will weigh over 300lbs. High schools now have kids in the upper 200s on their football teams; it’s very common. After the pro players retire, many continue to eat the massive amounts of food they were eating when they were constantly active. But now they are nowhere near as active, if at all. Some of these guys are dying in their mid-30s from heart disease and other weight-associated diseases.

And speaking of weight, it isn’t just football players who get fat (or fatter) once their careers are over. It happens to endurance athletes too. Just look at 3-time Tour de France winner Greg LeMond. He was around 28 or 29 years old in the picture below. Today he is 49. He looks, well, nothing like he used to. And that is somewhat to be expected. No professional athlete can maintain their fitness level forever. But Greg has gotten big, and he looks about 10 years older than his current age. 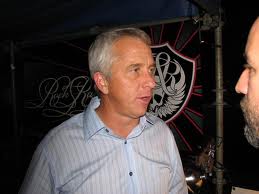 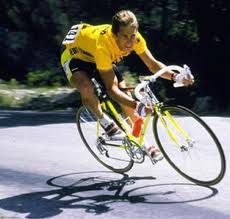