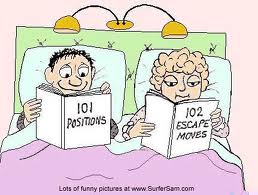 There is a wave of misinformation circulating as young women are being offered, even persuaded, to take oral contraceptives – The Patch or The Pill. It has come to the point that medical doctors are recommending that women take birth control pills as a preventative for ovarian cancer. This is disturbing and actually it’s crazy when you really look into the claims.

Those who know me know that I don’t like conventional hormone replacement therapy (HRT) or oral contraceptives. They throw off the balance of the entire hormonal system – the ovaries, thyroid, adrenal glands, and the pituitary. The synthetic hormones are very hard for the body to break down as they are not bio-identical to human hormones. Premarin (horse estrogen) for example, is vastly different from human estrogen. Premarin is 75-80% estrone while human estrogen is only 10-15% estrone. It has no estriol, which is 60-80% of human estrogen, yet it is 6-15% equilin – a hormone not naturally present in humans yet 1,000 times stronger than human estrogen.

Let’s sift through the facts and see what it really comes down to, after all, the news is now out there about the opposite effect estrogen has in postmenopausal women. To start, understand that there is an increase in ovarian cancer every time a woman ovulates, since increased estrogen is linked with ovarian cancer. So tubal ligation, as harmful as it is, greatly decreases ovarian cancer – but let’s not all go get our tubes tied. The Pill is said to decrease ovarian cancer by 50% after 5 years and then 25% after 10 years of use – but this is because of the progesterone in it. At the same time this reduces ovarian cancer, it greatly increases cervical, breast, and liver cancers, as well as many other diseases. Estrogen, the same estrogen that is found in oral contraceptives, greatly increases the chance of developing ovarian cancer. Women who carry what is known as the BRCA1 and BRCA2 gene mutations are most susceptible to ovarian cancer. These women show NO decrease in ovarian cancer from The Pill. They actually show an increase in breast cancer since those gene mutations increase their risk there too.

Oral contraceptives are also prescribed to help alleviate PMS. Women are told that it will regulate their cycle, make their periods more predictable, and as already noted, reduce ovarian cancer risk. PMS, what many women consider to be “normal” because [almost] everybody has it, are signs and symptoms that the hormonal system is off. Oral contraceptives don’t regulate the cycle – they suppress it. By preventing ovulation they promote the ever so common estrogen dominance – leading to increased rates of breast, cervical, uterine, and liver cancer. Let’s add some more to the list:

Some Other Known Risk Factors of Oral & Injected Contraceptives:

Those are just some – I’ve left off the minor side effects such as loss of libido, fatigue, concentration problems, and every woman’s favorite [sarcasm] – weight gain.

If you’re on oral contraceptives, hopefully this makes you re-evaluate your reasons for doing so. If you were considering — hopefully not anymore. If you’re a woman on HRT then you should investigate your other options – more info here.