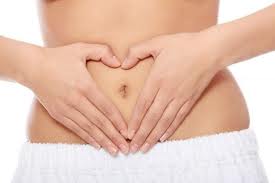 Probiotics have always been a hot topic in the natural “alternative” world of health care. These microorganisms which live in a healthy human’s gut are beneficial bugs that outnumber the total tissue cells present in the same body. That’s pretty amazing when you think about it. This healthy bacteria, along with what is known as the gut-associated lymphoid tissue (GALT), make up over half of a person’s immune system. Knowing that, you’d think that more mainstream doctors would focus on digestive health whenever treating a sick patient, not just one with a digestive problem but also someone with the common cold or flu. But this type of treatment, along with many other aspects of today’s health care, remains for the most part, untouched.

Probiotics Naturally in Your Food

Around 100 years ago a Russian scientist named Élie Metchnikoff based much of his research upon the benefits of probiotic organisms that were naturally found in foods. Back then nobody had a pill of healthy bugs to pop – they were getting their probiotics from fermented “sour” milk and various cheeses. It’s the bacteria in milk that live off the milk sugar (lactose) and convert it to lactic-acid, spoiling the milk, and even eventually making cheese. Metchnikoff realized that those consuming this sour milk in countries such as Russia and Bulgaria lived exceptionally long, healthy lives. Today, consuming buttermilk, yogurt, kefir and other naturally fermented foods are rich in probiotics.

The Benefits of Fermented Foods

Fermented foods improve digestion and help balance gut bacteria. While some cultures still drink sour milk and eat fermented fish sauce we now have products such as Kombucha (fermented tea) to make it more readily available and convenient. Chocolate is actually a type of fermented food, (cacao beans are fermented), as is soy sauce and sauerkraut. Yogurt is fermented to some degree, especially the Greek types, and kefir and aged cheese are too. There’s many, many more different types of fermented foods to make or choose from that may benefit your gut health and help your gut bacteria survive and multiply.

Fast forward 100 years and although most of the medical community still doesn’t recognize the importance of probiotics, some are beginning to take note. After all, there is a lot of untouched revenue in the probiotic market. Currently, if you want to talk about taking things to the extreme, there are actually physicians performing fecal transplants here in the USA. Yeah, that’s right – doctors are taking a stool sample from a “healthy subject” and “transplanting” it into the gut of an unhealthy subject to treat their bowel troubles – whether they’re suffering from an infection or inflammatory condition. So we have physicians who are still claiming quackery and placebo effects with probiotics but taking fecal material from one person and putting it into the gut of another person; it’s apparently okay since it’s a medical procedure. Metchnikoff had it right in the 1900s – get your healthy bugs from foods and by eating a healthy diet, (which was much more common 100 years ago).

A lot of amazing research is currently being done in the world of gut health. Scientists are able to map out the bacteria that live in our gut just like they can map our DNA. We have millions of these beneficial bacteria in our digestive tract but only roughly around 160 different strains per person. Most people know about acidophilus and bifidus and lactis – they’re common names – do you know the other several hundred?! We also now know that the appendix isn’t just an organ that’s hanging off our colon waiting to become infected, but a reservoir of healthy bacteria available for the body to call upon them as needed – it’s a like a home for the National Guard. 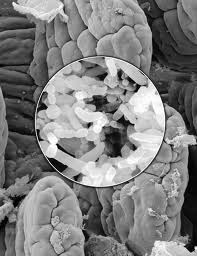 So we know that gut bacteria are a good thing – but just like fiber, as I discussed last week (here), more isn’t necessarily better. A lot of people are lacking healthy gut bugs and/or have unhealthy digestive tracts because of what they’re eating (or not eating), not because they’re not taking their daily probiotic. Probiotics will keep your digestive tract healthy but there are many other factors involved in the health of your gut too.

If your diet is horrendous and subsequently your gut is suffering, no amount of additional probiotics is going to fix your problem. Sure, some may help, but you’re merely treating the symptom. It’s usually more important and effective to focus on removing the gut problem whether that’s a dietary-food problem, infection (yeast, bad bacteria, parasite), emotional stress (also discussed in the fiber article), or any other gut trouble. Once the offender is removed, then probiotics may help, and if they do, then a healthy person with a healthy gut should not always need to keep taking them.

If your gut is unhealthy, think of it like the bad neighborhood in town. Not too many good people are going to live, or want to live, in this neighborhood. If you force them to live there, a few may stay but most will leave, or get killed off; (yeah my make-believe neighborhood is hard core).  Now if you help out by getting rid of a lot of the bad folks and cleaning up the streets (lowering inflammation) then the good people will start to move in, and they’ll stay. Better yet, once they move in they’ll start to reproduce and eventually make up the majority of the population! But if you never deal with some cleanup and getting the bad guys out then most likely the good guys will not last. So if you have to always take probiotics (good guys) it’s because you’re not addressing the bad guys and the infrastructure of your gut. Yes, sometimes you can just take in billions and billions of good guys and they’ll clean the area up, but it’s uncommon – that’s not their job – they’re better at keeping the peace rather than acting as a military force.

This is a question I often get – “Do I take probiotics before, during, or after an antibiotic?” My answer is that it’s always individualized. Usually taking them with an antibiotic is not going to be a problem but it’s impossible to say how much of the probiotic is going to be destroyed by the antibiotic. Taking them after, with the thought that the antibiotic destroyed many of the good bacteria in the gut which now needs to be replaced, is not necessarily a given either. It’s also impossible to estimate how much of the healthy gut bacteria, and which ones, will be destroyed by the antibiotic. Not only that – how many probiotic supplements have all 160 species that live in YOUR gut? The answer is of course none of them are that ideal just for you. So taking a supplement of four to five different strands of bugs is simply a guess at best, not necessarily a bad guess, but still a guess.

Prebiotics With Your Probiotics?

Many probiotic companies add in prebiotics such as inulin and FOS (fructooligosaccharides) to their supplements with the rationale that these substances help the probiotics survive and reproduce in your gut. Yes, that’s true, but realize that theses same substances may also feed any bad bacteria just as much. For this reason, I never use probiotics with any inulin, FOS, or any other prebiotic with my patients. They’re completely unnecessary and the risks are too great. Most people with gut problems have (bad) bacteria overgrowth already; they don’t need to feed that process. I discuss this in the fiber article too and also in more detail in the FODMAPS article.

Which Types of Probiotic are Best and How Much Do You Take?

There are so many different types, brands, and stands of probiotics out there to choose from I cannot give specifics on which ones are the best. However, you should shoot for a supplement of at least 20 billion (not million) per capsule and one with no inulin or FOS. And remember, as I’ve discussed, if you always need to take your probiotic to feel well, although that’s better than not feeling well or needing a medication to ease your gut troubles, you’re missing something that is causing some gut distress and you should focus your efforts on figuring that out. Keep your gut healthy and happy!