It’s always easier to prevent a problem rather than treat it, and this is especially true when it comes to the gallbladder problems. But how do you know if your gallbladder isn’t functioning up to snuff? You don’t want to wait for a gallbladder attack to tell you something isn’t right. In Part I, I discussed some of those more subtle signs and symptoms that many people have that aren’t normal – but a warning that the gallbladder isn’t all too happy. Now here in Part II, we’ll look at how to lower your risk factors for a gallbladder problem. We’ll also consider some natural treatments that may help you out whether you’re at the point of just not feeling perfect or at the other end of the spectrum – about to have your gallbladder removed because you’re just sick of all the trouble it’s giving you.

The medical risk factors for the gallbladder are known as the 4Fs – Female, Fat, Forty, and Fertile. Though overweight fertile women are more susceptible for gallstones and gallbladder problems, there are many other risk factors even in those who aren’t fat, and for you guys too out there.

Diet is the number one reason for a poorly functioning gallbladder. Don’t let anyone tell you that diet has no relationship to the gallbladder. Ample research tells us that our diet not only affects every cell in our body but obviously those of digestion. Even before the insulin link to the gallbladder was discovered just a few years ago (discussed in Part I) many natural physicians recognized the importance of diet on metabolism. So – Dietary and Lifestyle Risk Factors:

1)      Bad fats – these include the obvious partially hydrogenated “trans” fats but also those refined polyunsaturated vegetable oils that so many think are good to eat – corn, soy, canola, safflower, sunflower, peanut, cottonseed, and grapeseed. Deep fried foods are especially terrible for your gallbladder. Stick with the good fats please – coconut, eggs, extra virgin oil, fish and flax, butter and heavy cream (moderation) and raw nuts and seeds (moderation there 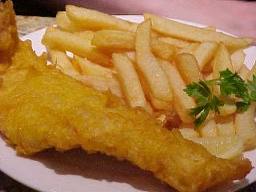 2)      Refined carbohydrates – these, along with the bad fats, are where the oxidation (free radical damage) and the inflammation comes from, and it can take its toll on the gallbladder because its effect on cholesterol. Read the cholesterol article I wrote for more on this. High fructose corn syrup – it’s the worst.

3)      Smoking – Unhealthy for your entire body and really takes its toll on the gallbladder too.

4)      Excess caffeine – yeah too much caffeine can stress out the gallbladder. How much is too much? That depends on the individual. For some it may be three cups of espresso and for another it may be one ounce of chocolate per day. If you’re having gallbladder problems just stop all caffeine until it’s better.

5)      Alcohol – again this is individualized but obviously too much alcohol is not healthy for your liver, gallbladder, or the rest of your body. Ladies – I don’t agree with those who say that it’s okay to drink two glasses of wine (red or white) per night. That’s excessive and I almost always see health problems with it. Stick to one max – and hopefully not every night. Pretty much the same rule applies to men too.

6)      Aspartame (Nutrasweet) and other excitotoxins (MSG) – this one is huge and I can’t tell you the number of patients I’ve seen who were diet soda addicts who had their gallbladder removed, (before seeing me), yet didn’t see any connection. 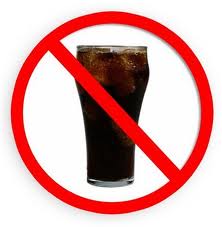 7)      NSAIDS – and other anti-inflammatories can take their toll on the liver and gallbladder. Other meds can too but NSAIDS more often, especially for chronic users.

8)      Birth control pills (BCP), hormone replacement therapy (HRT) and yes even the intrauterine device (IUD) – hormonal regulation and metabolism is a major factor when it comes to the liver and even the gallbladder – that’s why the “Fertile” is part of the medical risk factor. Estrogen dominance has a huge impact on the health of the gallbladder. Considering that estrogen and the mineral copper closely parallel one another, many women have copper toxicity problems due to estrogen dominance and then gallbladder problems because some of those bile salts are copper salts – that’s where the bile gets its green color from – copper! You don’t have to be on The Pill or taking hormones to have a gallbladder problem related to your hormones – it can be from inefficient hormonal detoxification. Guys too – you can have testosterone and estrogen problems.

Self Help For Your Gallbladder

If you’re having gallbladder problems and it’s not an emergency situation, (let’s all use common sense here – don’t wait if you’re in dire straits – again, discussed in Part I), then the first thing to do is to follow the advice I just mentioned – change your diet and lifestyle and assess your risk factors. Lemons, Beets, and Ginger – Oh My!

Lemons and beets are great foods for your liver and gallbladder – they help to keep bile healthy and non-viscous. So eating these foods regularly can be beneficial.

During an acute and uncomfortable, “attack” you can try sipping some lemon juice. Take one-half of a fresh squeezed lemon and mix it with about 6oz of water and sip it (don’t gulp it down) over the next 30 minutes. If it works, keep doing it until you’ve received full relief. Ginger works well too for some people, but more for nausea. Try to use real ginger root not those rolled in a lot of sugar. You can add it to a smoothie or juiced drink. Though if you only have access to some Ginger Ale that may get you by.

You can also try a cold pack over the area of your gallbladder – the upper right quadrant of your abdomen. Place the cold pack about half way over your ribs and half over the abdomen. Don’t put ice directly on your skin or you may burn – but wrap in a paper towel or put over your clothing. Leave the ice on long enough to get a “numb” feeling and depending on the relief you get from it. If any area of your skin in the upper right quadrant of your abdomen feels warm to the touch, that is exactly where you should try to cool it down.

Obviously with the recommendations here if you keep having to do the same things over and over (ice or lemon juice) then you’re not figuring out the problem and just getting by with temporary relief. If the pain gets worse and worse – either that same day or with each subsequent attack – you should seek medical attention – right? (Answer = yes)

I’ll briefly discuss “the flush” since I know many will ask about it if I don’t. It’s called the gallbladder flush though some call it a liver flush too. Some say they’ve saved themselves from surgery by doing a flush and many feel a lot better by cleaning out their liver and gallbladder with a flush. Others think the flush does nothing but give you diarrhea. I’ll let you be the judge. There are plenty of flush recipes out there and I have my own which I share with patients and I will not share in detail here. Do I think they work? Definitely, but not all the time and they’re not as necessary as you may think. But if you’re at wits end, “What do you have to lose?” Well not much unless you lodge a stone in your duct during the flush (rare) then you’re off to surgery. In my fifteen years of practice I’ve only recommended the flush a few times because of the way I approach digestive problems – treating, advising, and figuring out why the patient is having a problem, so I rarely need to go the flush route to see improvements. (And I have never had to have a patient have their gallbladder removed either.)

Typically a flush is something like this: the patient drinks four glasses of pure organic apple juice per day for five days, then on the fifth day they fast briefly – 8 hours. Next they take a certain amount of magnesium or disodium phosphate. Finally they drink one-half cup of fresh squeezed lemon juice mixed with one-half cup of extra virgin olive oil just before bed. Then they sleep laying on their right side with their knees tucked into the chest for at least 30 minutes.  The next morning, they have a bowel movement where they may pass a number of green and brown pebbles/stones said to be stones flushed from the biliary system – and some people catch these in a colander and post them on-line for other to see (unnecessary but true). They may pass several very large stones or thousands or small pebbles – or nothing at all! Fun times.

That’s a general idea of a liver-gallbladder flush. Try it if you see fit but remember you still need to change your dietary and lifestyle habits to resolve your gallbladder problem(s) but hopefully you will not be another victim who is told they “definitely need to have their gallbladder removed but it’s okay because it’s not a necessary organ”.