A FODMAPS diet can significantly improve digestive troubles. Your digestive tract is said to be your second brain. It’s where many or your brain chemicals such as serotonin are made and is home to over half of your immune system in the form of healthy bacteria and gut associated lymphatic tissue. You don’t want to mess around with your gut, though many people do, often every time they put something in their mouth.

Digestive problems are a common complaint for most people. Whether it’s heartburn, bloating, gas, indigestion, constipation, or even more serious symptoms associated with diseases such as Crohn’s, ulcerative colitis, or diverticulitis, often food plays a major role. Unhealthy bacteria, yeast, other types of fungus, parasites, and inflammation can result in an unhealthy immune system, and a poorly functioning body, including your brain. So yes you are what you eat, and your physical and mental performance relies heavily on what you consume.

Although food allergies and sensitivities exist in many people due to an immune reaction to the protein of a food, there are other types of reactions present that cause gut problems. One such problem is perhaps even more prevalent than food allergies, and perhaps the reason for many food allergies as well as a host of gut problems including dysbiosis. This sensitivity has to do with the carbohydrates (sugars) in foods that create bacterial overgrowth.

Small Intestine Bacterial Overgrowth (SIBO) is a chronic bacterial infection of the small intestine. The infection is often of the bacteria that normally live in the gastrointestinal tract but have abnormally overgrown in a location not meant for so many bacteria. Often SIBO occurs because of dysbiosis – where there is an imbalance of the beneficial bacteria (as well as yeast) with other types of harmful bacteria, yeast, and sometimes even parasites – but also because those bacteria are living off what you’re feeding them.

This healthy bacteria overgrowth in our gut can interfere with normal digestion and absorption of food. Leaky gut syndrome is a name given when there is damage to the membrane of the digestive tract which leads to malabsorption of nutrients such as iron, vitamin B12, vitamins A & D, as well as other nutrients. The bacteria consume and literally live off food unable to be absorbed in the digestive tract, so it grows and grows and as they do, they expel gas which causes abdominal bloating and pain, constipation, and diarrhea. Undigested food particles can enter through the gut lining causing an immune reaction resulting in food allergies and sensitivities. Auto-immune reactions such as Celiac disease and rheumatoid arthritis may be a result of poor digestion from food allergies or SIBO in some people. The gut bacteria can also enter the bloodstream, burdening other areas of the body and creating a toxicity resulting in pain, fatigue, and a host of other symptoms including those neurological, such as memory problems, dementias, and learning disabilities.

FODMAPs refers to Fermentable Oligosaccharides, Disaccharides, Monosaccharides and Polyols. These are a collection of molecules found in food that can be poorly absorbed by some people. When the molecules are malabsorbed in the small intestine of the digestive tract, they then continue along their journey along the digestive tract, arriving at the large intestine, where they act as a food source to the bacteria that live there normally. The bacteria then digest/ferment these FODMAPs and can cause a host of symptoms as noted previously.

Fermentation of undigested food happens normally in the colon, and although there is a gradient of bacterial colonization in the small intestine, significant fermentation in the small bowel is abnormal and results in SIBO. Since bacteria eat the starch contained in all grains, SIBO offers an explanation why avoiding all grains, not just gluten grains, helps many people even though they may not be “allergic” to gluten. And also, many people omit gluten from their diet and eat “gluten-free” foods, but see no change in their symptoms. This could possibly be because many gluten-free products contain bean and lentil flours, which is a basically switching one FODMAPs (galactan) for another (fructan).

The allowed foods are mainly those foods that people ate before agriculture began, and one I recently discussed in the Paleo diet. The diet we evolved to eat over millions of years was predominantly one of meat, fish, eggs, vegetables, nuts, low-sugar fruits. Our modern diet including starches, grains, pasta, legumes, and breads has only been consumed for a mere 10,000 years. In the last hundred years the increase in complex sugars and chemical additives in the diet has led to a huge increase in health problems ranging from severe bowel disorders to obesity and brain function disorders. We have not adapted to eat this modern diet as there has not been enough time for natural selection to operate. It therefore makes sense to eat the diet we evolved with.

Here’s where FODMAPs are found:

Following a  FODMAPs diet if you feel you are sensitive can have dramatic effects on your entire health. Energy levels often increase, sleep improves, blood sugar becomes more balanced, (since an overgrowth of bacteria in the gut is no longer consuming many of your carbohydrates for energy), mood improves, and many other symptoms improve as your gut heals. Ideally you should refrain from all the FODMAPs for at least a couple weeks, longer if your symptoms are not fully resolved by then, but continue to improve. After a good two weeks of being symptom-free you can try adding in various FODMAPs foods to check your sensitivity and tolerance levels to certain foods. You may find that you can’t eat a food such as wheat at all, but perhaps can handle some dairy periodically such as a particular cheese, for example. In essence, you figure out your FODMAPs threshold – the point at which your symptoms return but you must first clear them out of your diet one hundred percent!

Some physicians recommend using herbs, supplements, and even medications (antibiotics) to help rid the body of bacteria overgrowth quicker than just refraining from the foods that feed it. I have seen this beneficial, but also see it to be very individualized. In some patients I have found they respond well to herbs such as uva ursi and goldenseal, whereas other patients supplements such as biotin and betaine hydrochloride work well. However, whatever the case, total omission of FODMAPs is necessary – the supplements just tend to help resolve symptoms quicker especially if they “accidently” snuck a FODMAPs food into their diet. 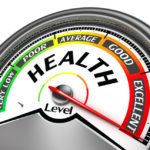 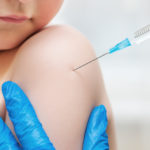 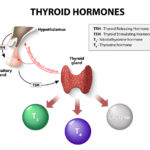 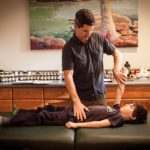 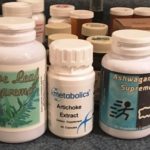 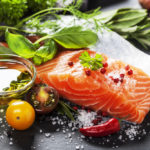 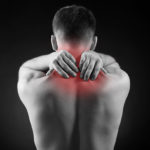