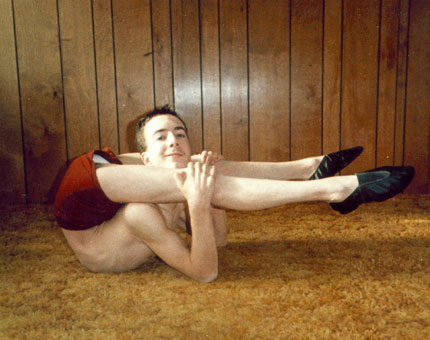 1)Stretching. Yeah, that’s right – stretching. The belief that stretching will prevent or rehabilitate an injury and increase performance continues to be unproven both in a clinical setting and through more and more studies. It’s a hard-core belief system that continues to be carried over from generation to generation, despite any evidence showing that stretching helps. Those who still want to keep this passion alive are the same ones who are still not eating eggs because they think it’ll raise their cholesterol levels (it won’t), but it just sounds so right. Read my somewhat controversial post on stretching here.  I never stretch – not before any training, not before any Ironman event. To quote Jack LaLanne, “Have you ever seen a lion stretch before it attacks?”

2)Orthotics. Orthotics continue to be the most over-prescribed, injury supporting device used today. If you want to make a cast of your foot to support the dysfunction which you suffer from, orthotics are the way to go. They don’t fix any problem, but they sure will support the one you have, leading to new abnormal compensations throughout your body, or create a new one. They ain’t cheap either. I like to say that orthotics will keep you walking yourself into problems and they’ll kick you in the ass on the way out the door, if they haven’t done so already. More on the foot device here.

3)Your non-minimalist running shoes. What some, (mostly the orthopedists and podiatrists), are calling the new “fad”, as if Tang came out with a new flavor for the astronauts, barefoot running has been around for well, about forever. Nike came out with the Nike Free in 2004 and I was lucky enough to get them as soon as they hit the shelves. I run the marathon portion of Ironman races in them despite the fact that I was told one cannot run more than a few miles in them or “you’ll destroy your feet and knees”. I didn’t, but I don’t stretch either, so why would I listen to that advice. Now just about every shoe company is coming out with a minimalistic type of running/walking shoe, and new shoes companies and being created just for that matter. If you haven’t heard the term “zero-drop” already, you soon will and I predict that all running shoes will soon have a number associated with them stating the amount of drop from the heel to the ball of the foot. Zero-drop is barefoot. Click here to the link to one of my articles and also click here to go to one of my newest favorite websites about barefoot running.

4)Not wearing a heart rate monitor. If you still don’t have a heart rate monitor while you exercise, you’re making a great guess at what your heart rate may be, and you’re probably very, very wrong. Whether you’re going to start a walking program tomorrow or are an elite athlete already, HR monitors are a must. They’re more important than your shoes. Well, you already know your shoes aren’t important- your feet are. A HR monitor is going to be your least expensive and most accurate coach.

5)Counting your miles. Nobody cares. Really, nobody really cares, especially your body, and that’s what really matters. Your body cares about two things – heart rate and time. So whether you walked two miles in 20 minutes or the same in 40 minutes it really doesn’t matter. What matters is the heart rate your performed such exercise at, and how long you performed it. Sure, miles are important when it comes to racing and if you are planning on doing that then you need to be able to race that distance, but you still need to focus on the time of that distance, not the distance itself. The person running a marathon in six hours is under substantially more stress than a Kenyan running the course in just over two hours, both physically and nutritionally/chemically. Start focusing on time; it’s mentally easier that way anyway. If you know you’re going out for a 30 minute run there is one thing that is certain – you’re going to be done in 30 minutes. If you want to go out for a four mile run then that time is going be what you make of it (the intensity) and what it makes of you (the weather, course, training partners).

So be done counting miles. Only time. Only heart rate. No more stretching. No more thick-heeled, over-supportive shoes. Think about why you’re wearing your orthotics.