Home / Health Articles / Diet and Nutrition / Calories In = Calories Out? 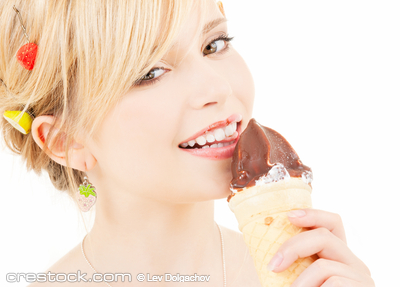 A Brazilian court recently ruled that McDonald’s must pay one of its former managers $17,500 because he gained 65 pounds over his 12 years of work. He felt “forced” to sample the foods each day to ensure high quality standards. Yeah, because the quality standards there are just so high. I have a feeling he no longer works there and most likely has gone to their competitor so he can finally say he’s a taste-tester for the food of the King. That’s a better excuse to put on some weight. The notion of weight gain from increased calories actually only goes so far, just as reducing calories only results in weight loss to a certain degree – some less than others, some not at all.

The whole theory behind “calories in = calories out” is a joke. It’s been the foundation of diet programs, weight loss clinics, registered dieticians, and other groups who still feel that it’s all about the calorie. Though counting calories as a weight loss program fails much more often than it succeeds, some still want to grasp at the idea that what you put in your mouth and that which your body uses for energy is only a number.

Metabolism is much more complex than just what you eat and how much calories it contains. It’s an intricate system that is easily influenced by many factors such as exercise, diet (the actual amount and TYPE of food consumed), stress (physical & emotional), and hormones. Sure, some people can go from an unhealthy diet where 500 calories a day come from Coke to a more unhealthy diet of switching to Diet Coke and they may lose some weight initially. But those people only get so far and they’re the same ones who are so sugar sensitive (carbohydrate intolerant) that they gain weight back just from looking at sugar.

That last line regarding looking at sugar is a slight exaggeration, but actually not entirely. Our bodies actually start to secrete insulin not just after ingesting sugar, but also from just tasting it and even simply looking at it. To a certain degree, the amount of something is irrelevant. Sure, drinking one can of soda at lunch is worse than just a sip, but the metabolic effect is very similar either way. Consuming carbohydrates, especially simple sugars, tell your body to burn sugar as a fuel rather than fats. Taking a bite out of a cookie to satisfy your sweet tooth triggers neurological responses that favor a sugar-burning metabolism. Eating more protein and [healthy] fats does the opposite – you’ll burn more fat than sugar.

The goal to fat loss is to get your body burning fat much more than sugar, and as often as possible. So as you’re reading this article right now, you’re burning a certain amount of fat and a certain amount of sugar for energy. How much of each is something that can be measured in a lab through a gas analyzer.  Although that is beneficial to see exactly what you’re using for energy, you can make yourself a better fat-burner by eating less carbohydrates, and consuming more protein and good fats such as olive oil, nuts, seeds, fish oil, flax, eggs, coconut oil, avocado, and even butter. Yum.

The other way to shift your body away from sugar burning is to exercise aerobically. That means you’re wearing a heart rate monitor and you’re keeping it within a certain zone. All this is thoroughly explained under the Athlete section of my website, so I’ll leave it at that for now.

Now that you understand that the goal is to try to burn predominately more fat than sugar 24 hours a day, even when you’re sleeping, let me go back to the calorie topic. One of the main problems with the “calorie in equals calorie out” theory is that those who feel this equation works do so because they think that calories within a certain group are all created equal. In other words, they feel that 100 calories of carbohydrates in soda is the same as 100 calories from whole grain or a piece of fruit. To them it does not matter its makeup – complex or simple or refined – or how it is metabolized – or even what is needed to metabolize it. They feel that the nine calories in a gram of fat is the same whether it is extra virgin olive oil or a spoonful of hydrogenated margarine. A calorie is a calorie. But it is not.

The type of food has a profound effect on metabolism. Let’s take the above example. If you drink a Coke and get 100 calories of sugar you’ll have a quick insulin response and your body will suddenly go into sugar-burning mode. This will last much longer than just the short time it takes for the sugar to get into your blood stream. The high insulin will allow you to take this sugar and store most of it as fat to be used later on (or maybe never) and eventually blood sugar levels will drop so another hormone, typically cortisol, will be secreted to bring your sugars levels back up – often at the expense of breaking down proteins into sugar, unless you consume some more sugar as you feel the craving coming on. Even zero calorie sweeteners like Splenda and Nutrasweet will shift your body to sugar burning. Yes, natural sweeteners like xylitol and maltitol too, though not as much. But if those 100 calories came from complex carbohydrates like vegetables and whole grains, or even other simple sugars like fruits, the hormonal response would not be as dramatic. The rise and fall of blood sugar regulated by cortisol and insulin would be much less dramatic. Add in some protein and fats with those carbs, and the response is even less.

A similar story can be told with the fats. Eating fats from raw nuts, seeds, fish oil, flax, eggs, avocados and olive oil will help fight inflammation, balance beneficial hormones like estrogen, progesterone, testosterone and DHEA, and shift or keep your body in a fat-burning mode. Now consume the same number of calories of bad fats – say from hydrogenated fats or vegetable oils such as corn, soy, or safflower – and you’ll create inflammation, free radical damage, and hormonal imbalances. That, in time, will shift the body to more a sugar-burning mode due to the overall stress created. Essentially, more stress = more sugar burning = more fat stored = weight gain = low energy = more stress.

This is why when a person cuts calories but still eats a very unhealthy diet, they either lose a little weight but gain back more, or sometimes they gain weight. It’s the same story with the exercise. I’ve seen people gain weight (fat) while training for Ironman! It happens if the diet is unhealthy and the exercise is too stressful (high heart rate – too anaerobic). Conversely, it’s the same reason someone can lose weight by eating more healthy food – and yes, more calories.

A calorie is still a calorie but enough with the counting. It’s a huge waste of time. There is only one time a person should count calories, and the ONLY time I count them – and that’s during prolonged exercise and especially during prolonged racing (over 3 hours). It’s a good idea to make sure you’re refueling properly. Other than that, be done with it because regardless of how much energy a food contains, there’s more to food than just energy and once it’s in your body it’s all about what’s going on with you that’s going to determine how you metabolize that carbohydrate, protein, fat, or shot of whiskey. Your calorie counter book will make a nice paper weight or fire kindle. At least recycle it.