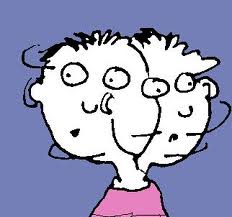 We all know that person who can’t eat Chinese food because they’ll get a headache from the MSG. Maybe that is you. Well, guess what? It is you, and you’re eating MSG containing foods every day, even if you shop at health food stores like Whole Foods. And guess what else? You have a problem with them even if you don’t realize it – headache or no headache. It is not an allergy. It is not sensitivity. It is a toxic substance called an excitotoxin.

Excitotoxicity occurs when receptors in your body are stimulated to such a degree they are rapidly killed off. Excitotoxins are formed due to too much of the amino acid glutamic acid (glutamate), necessary in small amounts, when present in high “free” amounts. Combine the glutamate amino acid with sodium and you have MSG (Mono Sodium Glutamate). This is a glutamate problem, not one from the sodium in the MSG. Rarely is this added to food anymore as actual MSG. Rather it is made thru food processing – common foods you are eating every day – (see the bottom of this article for those hidden words). These amino acids are artificially released during processing and your body doesn’t know how to handle so much at once.  Foods you are eating from your health food store every day contain free processed glutamate.  Yeah, sorry Whole Foods; MSG is rampant there too. Funny how health stores like that would never think of selling a diet soda made with NutraSweet but they have products loaded with free glutamate. There really isn’t much difference. Aspartic acid (aspartate), found in NutraSweet (Aspartame “Equal”) is also an excitotoxin.  Food manufacturers will say this processing is “natural” because glutamate, (and aspartate), are natural too and your body needs them to survive. But the levels that accumulate are not natural to any degree. They are more than abnormal. They are extremely toxic.

Glutamate receptors lie throughout the body – especially the brain. Eating MSG foods can increase your levels 20X or higher. This is over-stimulatory and damages many cells in the body. Humans are more sensitive than any other animal on Earth and newborns are 4X more sensitive than adults. Glutamate and Aspartate pass thru the placenta and will (not might) alter brain formation.  The effects of a baby in utero has been directly linked to hormonal problems later on in life –  low testosterone and growth hormone in boys & low estrogen and growth hormone in girls, also leading to early onset menses, PMS, and even infertility, just from what their mother consumed. But even more alarming is the possible link to Sudden Infant Death Syndrome (SIDS) particularly due to mother’s diet if breast feeding but even more so on an infant formula-fed baby. Hydrolyzed proteins and caseinates make up the majority of these formulas and especially the soy formulas, not to mention most are close to 50% sugar. This is a great recipe for a fat, toxic baby.

Aging brains in the elderly are also four times more sensitive due to excess free iron levels in the body which increase free radical levels even more. More excitotoxins = more free radicals. More free radicals = faster aging. There are suspected links to Alzheimer’s and Parkinson’s as with other toxins, such as the heavy metals mercury and aluminum.  Interesting though is the increase in free radical damage from too much glutamate allowing too much calcium into brain cells, so neurons fire too rapidly, and die. Normally this occurs in small amounts until the diet contains even just some bit of MSG. Yet MDs love to tell their aging patients to “get your calcium” and load them up with mega doses of the mineral. This results in flooding the brain and furthering degeneration.

Lower blood sugar levels – especially glucose levels in the brain (that will mess up yer thinkin’). Think about how many diabetics are advised by their RD’s, (Registered Dieticians – most who are focused solely on minimal Food Pyramid requirements and calories consumed), to use NutraSweet since it is “sugar free”. Not a good idea. And consider the person who is already having memory problems not to mention some forms of dementia in the elderly.

Damage your mitochondria (the energy centers of your cells). This equals cell death.

Deplete magnesium (linked to heart problems and fatigue) – some research supports that 75% of the population is deficient in Mg.

And since tis’ the flu season >>> did you know that FluMist contains MSG?!

***Aspartic acid is hidden in many nutritional supplements. It is not under any tricky names though. Look for aspartic acid in the ingredients and Aspartate in the label where the minerals are listed. For example, magnesium aspartate and chromium aspartate are common. Other than that the only other source is diet soda  (not Splenda, which you shouldn’t even think of consuming. If you are, read up about it more on this site). NutraSweet, commonly known as Equal, is Aspartame.

Foods to watch out for include: Soybean milk (naturally high in glutamate & often has hydrolyzed vegetable protein added to it), kombu, miso, and soy sauces all contain MSG.