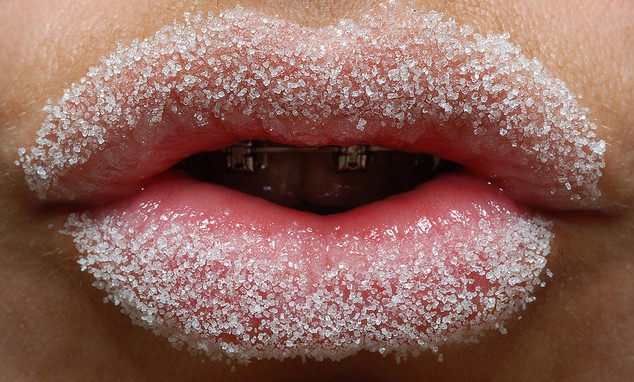 Four years ago I wrote about Splenda and the health problems it causes. You can read the April 2005 article by checking the archives. Now, a major study has come out from Duke University proving just how dangerous Splenda (sucralose) really can be.


Splenda is only becoming more and more popular as its users think they are making a safe switch from Nutrasweet (aspartame). It is now in many sports drinks, water products (Propel) and many protein/carbohydrate products athletes use. And don’t forget all those diet drinks and foods out there. Recently even Lance Armstrong has put Splenda in his FRS sports drink. He markets the drink as “healthy energy” and “powered by quercetin”. Quercetin is a powerful antioxidant, and a natural antihistamine and anti-inflammatory; I use it often especially for patients with seasonal allergies, inflammatory conditions, and immune system problems.  For a cancer survivor and major cancer spokesperson, Lance’s addition of quercetin in a drink does little when he taints the “health drink” with a substance proven to suppress the immune system by 50+%. Last I checked the immune system is pretty important when it comes to fighting and preventing cancer. Yeah, that’s sarcasm, but I cringe every time I hear about this amazing drink and see the number of people who drink it because they want to follow Lance. Over half of your immune system is located in your digestive tract via the microflora and Duke now says that Splenda will lighten your load there by half. And other studies, as I note in my April 2005 article, show thymus gland suppression by 40%. Enough said.

A new study from the Duke University Medical Center has found that ingestion of the artificial sweetener sucralose will kill off 50% of beneficial microflora in the gut, as well as altering the pH and affecting P-glycoprotein (P-gp) levels in the digestive tract. The rat study concluded that the P-gp effect could result in medications used in chemotherapy, AIDS treatment and treatments for heart conditions being shunted back into the intestines, rather than being absorbed by the body.

Sucralose, which is commonly known under the commercial name Splenda, has previously come under fire for causing gastrointestinal problems, migraines, seizures, dizziness, blurred vision, allergic reactions, blood sugar increases and weight gain. Says James Turner, the chairman of the national consumer education group Citizens for Health, “”The report makes it clear that the artificial sweetener Splenda and its key component sucralose pose a threat to the people who consume the product.” Other artificial sweeteners, particularly Nutrasweet, have received similar criticism for adverse effects.

Splenda is comprised of the high-potency artificial sweetener sucralose (1.1%) and the fillers maltodextrin and glucose. Splenda was administered by oral gavage at 100, 300, 500, or 1000 mg/kg to male Sprague-Dawley rats for 12-wk, during which fecal samples were collected weekly for bacterial analysis and measurement of fecal pH. After 12-wk, half of the animals from each treatment group were sacrificed to determine the intestinal expression of the membrane efflux transporter P-glycoprotein (P-gp) and the cytochrome P-450 (CYP) metabolism system by Western blot. The remaining animals were allowed to recover for an additional 12-wk, and further assessments of fecal microflora, fecal pH, and expression of P-gp and CYP were determined. At the end of the 12-wk treatment period, the numbers of total anaerobes, bifidobacteria, lactobacilli, Bacteroides, clostridia, and total aerobic bacteria were significantly decreased; however, there was no significant treatment effect on enterobacteria. Splenda also increased fecal pH and enhanced the expression of P-gp by 2.43-fold, CYP3A4 by 2.51-fold, and CYP2D1 by 3.49-fold. Following the 12-wk recovery period, only the total anaerobes and bifidobacteria remained significantly depressed, whereas pH values, P-gp, and CYP3A4 and CYP2D1 remained elevated. These changes occurred at Splenda dosages that contained sucralose at 1.1-11 mg/kg (the US FDA Acceptable Daily Intake for sucralose is 5 mg/kg). Evidence indicates that a 12-wk administration of Splenda exerted numerous adverse effects, including (1) reduction in beneficial fecal microflora, (2) increased fecal pH, and (3) enhanced expression levels of P-gp, CYP3A4, and CYP2D1, which are known to limit the bioavailability of orally administered drugs.