Home / Health Articles / Diet and Nutrition / The Next Worst Thing: Pepsi Next 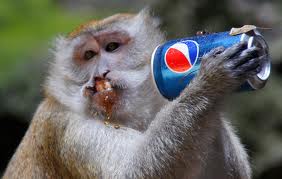 Are you a passionate soda drinker? Do you stockpile your cans of Coke, Pepsi, Mountain Dew, or other tasty delight to appease your sweet tooth at its every beckoning? Do you get irate in a restaurant when you demand Coke but they only serve Pepsi, or vise-versa? Or are you just not sure what type of sweetener best fancies your metabolism? With so many choices, it’s hard to make an educated decision. Well Pepsi has come to your rescue – with Pepsi Next. Just one easier choice you have to make in life.

Artificial Sweeteners To Sweeten Up Your Health

If you’re the person who just can’t stand the taste of zero-calorie soda but you’re in denial about your sugar intake and won’t step out of your pre-diabetic comfort zone, Pepsi Next may be just right for you. At only 60 calories, you can drink twice as much to get your total Pepsi calories intake in per day, even though your body will suffer much more of an insulin spike than what the calories provide.

This drink has it all – in regards to sweeteners that is. If you’re a little deficient in high fructose corn syrup, Pepsi Next will satisfy this need. The Corn Refiners Association and most dietitians say HFCS is just fine for us to consume, so drink up. But to cut calories, Pepsi Next has provided you with not one, not two, but three different artificial sweeteners!  Yeah Pepsi!

The question remains – which three? My speculation is aspartame (Nutrasweet), sucralose (Splenda), and the latest and greatest of flavor-enhancers – S2383. Again, this is just my speculation, there is no release of exactly what the three secret ingredients are at this time (hence the word secret). 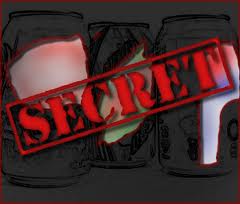 I won’t go over the details of Nutrasweet and Splenda because those are pretty well-known. The former is an excitotoxin and will slowly wreak havoc on your nervous system and the latter is an immune system suppressor which will take its toll on your gut flora in no time at all. But how about that S2383 – what’s that all about?

Well S2383 is the brainchild of a biotech company called Senomyx that makes flavor enhancers. They’re experts in blocking certain receptors in your mouth that are responsible for taste so they can then either replicate or enhance certain tastes such as sugar, salt, or even MSG. If this is one of the ingredients in Pepsi Next it will most likely be used to enhance sucralose. Gotta love it when one artificial flavor is used to enhance another. Yeah!

You may already be eating some S2383 if you’re a fan of Campbell’s soup or Nestle foods, but you wouldn’t know it because they don’t have to tell you that S2383 is in their product. Isn’t that awesome; they don’t want to worry you so they’re allowed to simply say “artificial flavors.” Senomyx’s chief executive Kent Snyder is a true hero when he boldly states that his company is, “Helping companies clean up their labels.” Blue ribbon to you Kent. They say their product is completely safe because it’s “used in tiny quantities.” That’s good to know, since tiny quantities never cause harm to the body over time – well except for mercury, arsenic, BPA, parabens, DDT and other insecticides and pesticides, and I think just a few more substances out there…

So keep your eye open and your mouth closed for Pepsi Next coming out late March 2012.