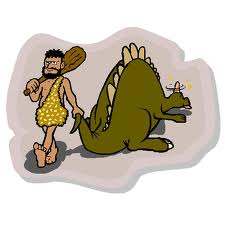 Caveman diet. Stone Age diet. Hunter-gatherer diet. Paleo diet. It’s the popular nutritional plan based on the presumed ancient diet of wild plants and animals that humans habitually consumed during the Paleolithic era—a period that ended around 10,000 years ago with the development of agriculture. Paleolithic nutrition is based on the premise that we modern less-hair humans are genetically adapted to the diet of our Paleolithic ancestors and since human genetics have scarcely changed, the ideal diet for our health and well-being is one that resembles a diet devoid of grains, sugars, dairy, legumes, and anything processed.

Although some claim the diet to be a another recent “fad”, it has been recommended for over 35 years, perhaps even longer. Gastroenterologist Walter L. Voegtlin was one of the first to see first-hand that following a diet similar to that of the Paleolithic era could improve a person’s health. In 1975, he published the book Stone Age Diet: Based on In-Depth Studies of Human Ecology and the Diet of Man. The dietary changes he had his patients undergo resulted in positive outcomes for common GI health problems, such as colitis, Crohn’s disease, irritable bowel syndrome, and indigestion. Since then, this nutritional concept has been promoted and adapted by a number of authors and researchers in several books and academic journals and popularized by Loren Cordain who wrote the Paleo Diet in 2002 based on his research.

The Paleolithic diet has been criticized on the grounds that it cannot be implemented on a worldwide scale. Cordain admits that if such a diet was widely adopted, it would compromise the food security of populations dependent on cereal grains for their subsistence. However, he says that where cereals are not a necessity, as in most western countries, adhering to a grain-free diet can be highly practical in terms of cutting long-term health care costs.

In the past 200 years the industrial revolution has changed our diet to an even greater degree with the introduction of processed, artificial, and genetically modified foods. Paleo proponents claim that these changes have created a detrimental effect on our health and link them to diseases of modern civilization such as obesity, diabetes, heart disease and cancer. The Paleo diet is based on eating foods that would be available to humans in the absence of all technology so as to mimic the diet of hunter-gatherer societies as much as possible.

Many foods are restricted on this diet for the reason that that they were not available to our prehistoric ancestors. These include all processed foods, sugar, salt, grains, legumes, dairy products, coffee and alcohol. Potatoes are also restricted because the varieties available now are genetically and nutritionally altered and are much higher in carbohydrates in comparison to those available in Stone Age period. Some suggest there is evidence that the diet of Stone Age humans (as early as 23,000 years ago and perhaps even as early as 200,000 years ago), did include, in some form, refined starches and grains that are excluded from the Paleolithic diet today. However, cereals and other grains are excluded from a true Paleo diet; Lucky Charms and Corn Flakes – sorry.

Paleo diets provide optimal use of the fatty acid metabolic pathways. As your body becomes more and more accustomed to a reduced carbohydrate intake, intra-muscular triglycerides stores will increase along with increased efficiency of stored fat breakdown. Liver, blood and muscle glucose stores will be more actively conserved. The net effect of all of these changes will be to keep your blood sugar levels within normal ranges during the day and during exercise; you’ll be a more efficient fat-burning animal.

Meat, poultry, fish, eggs, most vegetables, mushrooms, fruits, nuts, herbs and spices make up the majority of the diet. Insects too if you’re into that. Honey, dried fruit and natural oils are permitted in very small portions. Some say coffee is okay in small amounts too.

Some key points of a Paleo-type diet:

Some sources advise eating only lean cuts of meat, free of food additives, preferably wild game meats and grass-fed beef since they contain higher levels of omega-3 fats compared with grain-produced domestic meats. Some Paleo proponents also allow canola oil as part of the diet, (even though this was not available during that era), due to its high level of monounsaturated fats comparable to olive oil. Many also say that since salt was not part of the hunter-gatherers’ diet, it should be omitted, as our metabolism cannot handle salt very well.

My take, which has been supported by advising patients on dietary changes for almost 15 years and more recently after a week-long strict Paleo diet at the MovNat retreat, is this:

Adjust the diet to your individual needs and habits. More calories should come from fats (avocadoes, eggs, nuts, seeds, coconut, butter) and less from carbohydrates (fruits, potatoes, honey) if your exercise levels are low. The opposite holds true if exercise is more intense and of long duration. More on specific guidelines at the SockDoc site here, (last two paragraphs).

Off you go to eat your meat and veges. 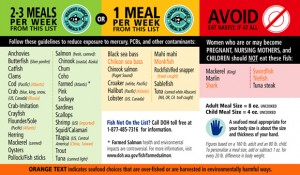